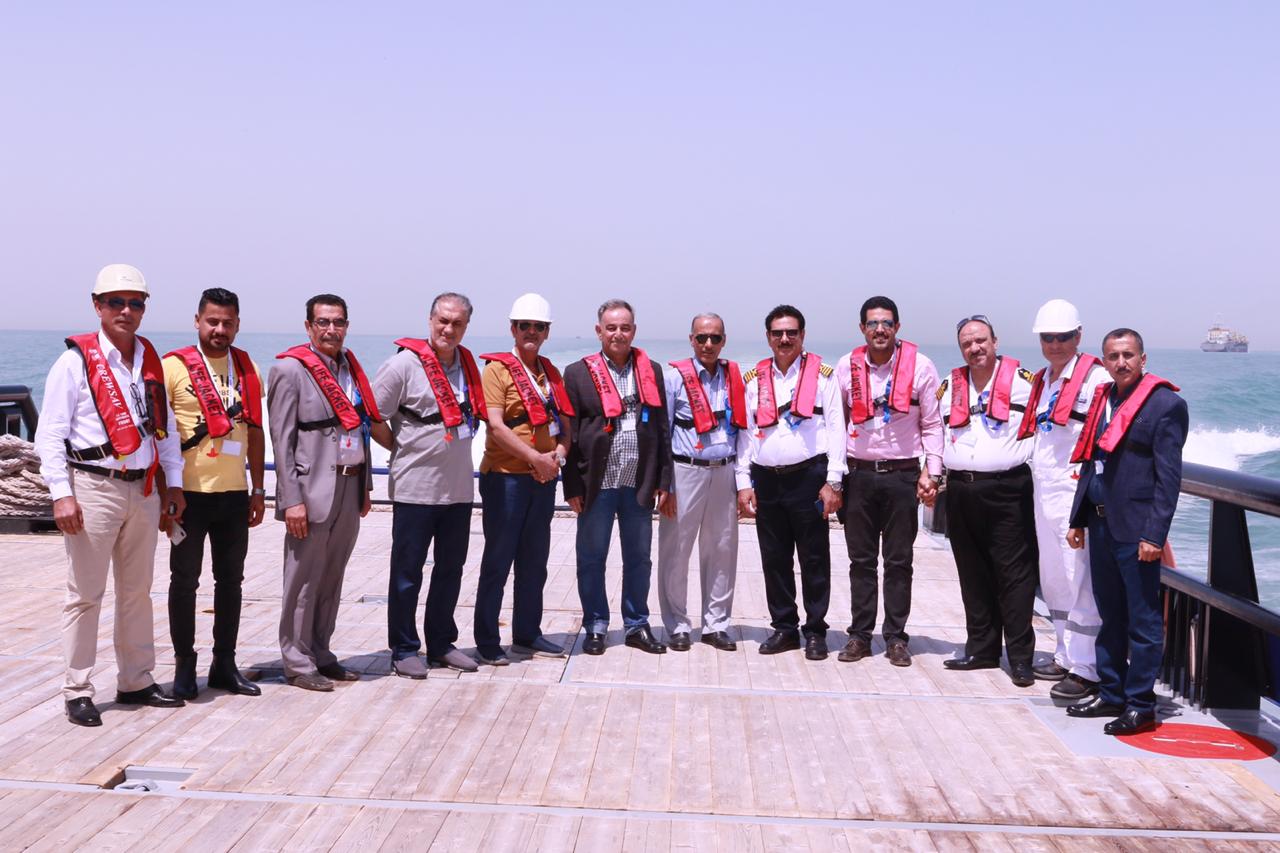 On Saturday 27th April, 2019  a high-level delegation of the Iraqi Ministry of Transportation visited  the southern oil terminals in KAOT, ABOT and SPMs where  the delegation was briefed for  the operation of berthing and un berthing of oil tankers as well as follow-up on crews of the Maritime Affairs Department,  that are currently  at work site for the purpose of training on the modern tugboats  which was established within the partnership contract between GCPI and Jawar Al Khaleej Shipping LLC.

The contract included establishment of an accommodation on the oil terminals contains all services and supplies of electronic halls equipped with modern systems, comfortable accommodation and dream like decent gyms; also, the contract comprises setting up training which had been already launched on Tuesday, 23rd April, 2019. The first group of the terminals of Iraqi crews was introduced to the development training course, where 12 trainees from Maritime Affairs department trained to manage and operate the modern marine tugboats contracted by the company for the berthing and unberthing of an oil tanker that plies to oil terminals.

It is noteworthy that GCPI strives to develop their human and marine capabilities of Tugboats, Dredgers and specialized vessels, in order to Giants in the region, where thousands of oil tankers and large commercial vessels pursue for their efficient management and staff working day and night without interruption and that what has achieved in recent years, with an increase in revenue reflected positively on the national recovery through revenue from GCPI.