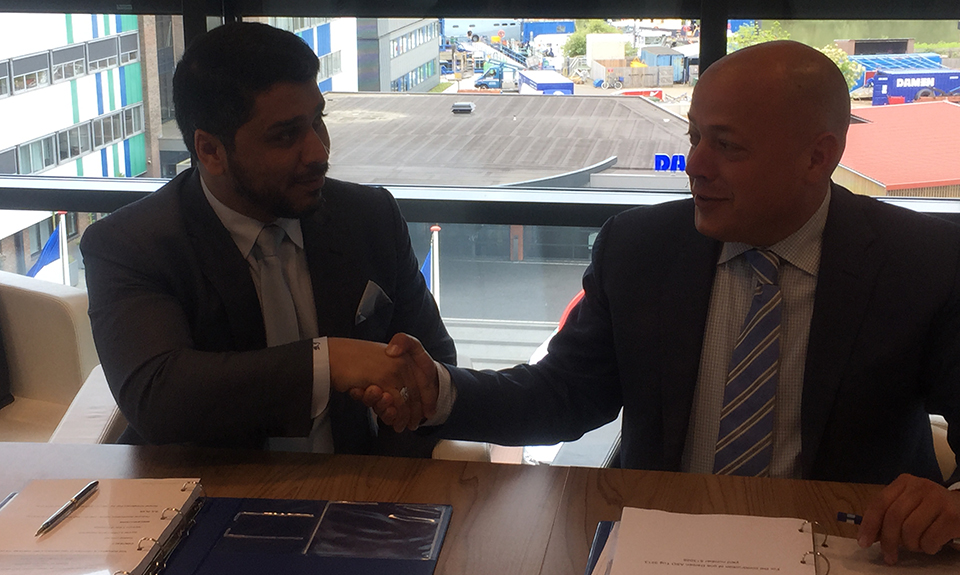 Jawar Al Khaleej Shipping LLC is pleased to announce that it has recently signed the contract with Damen Shipyards to purchase the prestigious Damen built ASD 3213.

We are delighted to acquire again another most modern vessel from very respectable ship builder Damen Holland .

The vessel will be named “ Jawar Basra ”

The Damen ASD 3213 is a multi-tasking tug which is Compact and very powerful with key features:

The new Damen ASD 3212 tug has been designed to operate in all rough weather circumstances and features numerous innovations, including a completely revised hull form and a higher bow, resulting in better speed and a dry foredeck.

It is one of the most highest powered ASD in its size and class.

JAK will induct the vessel into our fleet by End July,2015.